Role of Agriculture in Economic Development

Role of Agriculture in Economic Development 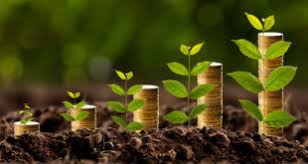 The agriculture sector is the backbone of an economy that provides the basic ingredients to mankind and now raw material for industrialization.

Therefore, the role of agriculture for the development of an economy may be stated as below:

The lessons drawn from the economic history of many advanced countries tell us that agricultural prosperity contributed considerably in fostering economic advancement.

It is correctly observed that “The leading industrialized countries of today were once predominantly agricultural while the developing economies still have the dominance of agriculture and it largely contributes to the national income.

In India, still, 28% of national income comes from this sector.

Agriculture is the basic source of food supply of all the countries of the world—whether underdeveloped, developing or even developed.

Due to heavy pressure of the population in underdeveloped and developing countries and its rapid increase, the demand for food is increasing at a fast rate.

If agriculture fails to meet the rising demand for food products, it is found to affect adversely the growth rate of the economy. Raising the supply of food by the agricultural sector has, therefore, great importance for the economic growth of a country.

Increase in demand for food in an economy is determined by the following equation:

D stands for Annual Rate of Growth in demand for food.

g stands for Rate of Increase in per Capita Income.

2 stands for Income Elasticity of Demand for Agricultural Products.

Agricultural advancement is necessary for improving the supply of raw materials for the agro-based industries, especially in developing countries.

The shortage of agricultural goods has its impact upon on industrial production and a consequent increase in the general price level. It will impede the growth of the country’s economy.

The progress in agricultural sector provides surplus for increasing the exports of agricultural products. In the earlier stages of development, an increase in the exports earning is more desirable because of the greater strains on the foreign exchange situation needed for the financing of imports of basic and essential capital goods.

Johnson and Mellor are of the opinion, “In view of the urgent need for enlarged foreign exchange earnings and the lack of alternative opportunities, substantial expansion of agricultural export production is frequently a rational policy even though the world supply-demand situation for a commodity is unfavorable.’’

Initially, agriculture absorbs a large quantity of labor force. In India still, about 62% of labor is absorbed in this sector. Agricultural progress permits the shift of manpower from agricultural to non-agricultural sectors.

In the initial stages, the diversion of labor from agricultural to the non-agricultural sector is more important from the point of view of economic development as it eases the burden of surplus labor force over the limited land.

The development of agriculture requires roads, market yards, storage, transportation railways, postal services and many others for an infrastructure creating demand for industrial products and the development of commercial sector.

7. Relief from Shortage of Capital:

The development of agricultural sector has minimized the burden of several developed countries who were facing the shortage of foreign capital. If foreign capital is available with the ‘strings’ attached to it, it will create another significant problem.

The agriculture sector requires less capital for its development thus it minimizes the growth problem of foreign capital.

In a country which is predominantly agricultural and overpopulated, there is greater inequality of income between the rural and urban areas of the country.

To reduce this inequality of income, it is necessary to accord higher priority to agriculture. The prosperity of agriculture would raise the income of the majority of the rural population and thus the disparity in income may be reduced to a certain extent.

9. Based on Democratic Notions:

If the agricultural sector does not grow at a faster rate, it may result in the growing discontentment amongst the masses which is never healthy for the smooth running of democratic governments.

For economic development, it is necessary to minimize political as well as social tensions. In case the majority of the people have to be kindled with the hopes of prosperity, this can be attained with the help of agricultural progress. Thus development of agriculture sector is also relevant on political and social grounds.

It will provide a market for increased production. In underdeveloped countries, it is well known that the majority of people depend upon agriculture and it is they who must be able to afford to consume the goods produced.

The purchase of industrial products such as pesticides, farm machinery, etc. also provide a boost to industrial dead out.

11. Helpful in Phasing out Economic Depression:

During the depression, industrial production can be stopped or reduced but agricultural production continues as it produces basic necessities of life. Thus it continues to create effective demand even during adverse conditions of the economy.

12. Source of Foreign Exchange for the Country:

Most of the developing countries of the world are exporters of primary products. These products contribute 60 to 70 percent of their total export earnings.

Thus, the capacity to import capital goods and machinery for industrial development depends crucially on the export earning of the agriculture sector.

If exports of agricultural goods fail to increase at a sufficiently high rate, these countries are forced to incur heavy deficit in the balance of payments resulting in a serious foreign exchange problem.

However, primary goods face declining prices in the international market and the prospects of increasing export earnings through them are limited.

Due to this, large developing countries like India (having potentialities of industrial development) are trying to diversify their production structure and promote the exports of manufactured goods even though this requires the adoption of protective measures in the initial period of planning.

Agriculture sector provides funds for capital formation in many ways as:

(iii) collection of agricultural products at low prices by the government and selling it at higher prices. This method is adopted by Russia and China,

(iv) labor in disguised unemployment, largely confined to agriculture, is viewed as a source of the investible surplus,

(v) transfer of labor and capital from farm to non-farm activities etc.

Agriculture provides employment opportunities for rural people on a large scale in underdeveloped and developing countries. It is an important source of livelihood.

Generally, landless workers and marginal farmers are engaged in non-agricultural jobs like handicrafts, furniture, textiles, leather, metalwork, processing industries, and in other service sectors. These rural units fulfill merely local demands. In India, about 70.6% of the total labor force depends upon agriculture.

It is time that the rural economy depends on agriculture and allied occupations in an underdeveloped country. The rising agricultural surplus caused by increasing agricultural production and productivity tends to improve social welfare, particularly in rural areas.

The living standard of rural masses rises and they start consuming a nutritious diet including eggs, milk, ghee, and fruits. They lead a comfortable life having all modern amenities—a better house, motor-cycle, radio, television, and the use of better clothes.

16. Extension of Market for Industrial Output:

According to Dr. Bright Singh, “Increase in agricultural production and the rise in the per-capita income of the rural community, together with the industrialization and urbanization, leading to increased demand in industrial production.

” In this way, the agricultural sector helps promote economic growth by securing as a supplement to the industrial sector.